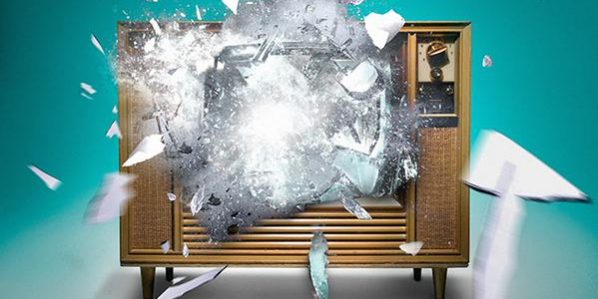 This is going to come as a terrible shock to the people who run the content creation, production, and distribution companies, as well as their analysts and stockholders: There are people on this planet who don’t go to movie theaters, watch appointment TV, or stream their entertainment.

Allan McLennan, CEO of PADEM Media Group, noted: “People don’t really care who is distributing the content to them or whether it’s on a subscription or ad-supported service. They simply want what they want, when they want it with as few clicks as possible.”

Achieving it is nothing new.

McLennan pointed out that the industry has been using sophisticated MAMs (Media Asset Management) systems for years to locate and monetize content quickly and easily.

“Taking the next step to deliver what the viewer wants is just the next logical step,” he noted.

Achieving it is nothing new.

McLennan pointed out that the industry has been using sophisticated MAMs (Media Asset Management) systems for years to locate and monetize content quickly and easily.

“Taking the next step to deliver what the viewer wants is just the next logical step,” he noted.

• There are about 8 billion people on the planet, according to Worldometer
• There are about 200,000 cinema screens worldwide – 65,500 in China, 40,000 in the U.S., 12,000 in India, 3,500 in the UK.
• The Numbers estimates a billion tickets will be sold this year, way down from the industry’s high of 1.5 trillion sold in 2002.
• Statista estimates there are about 1.8 billion TV households worldwide
• Kagan estimates there are about a billion appointment TV households in the world, slipping in the U.S. but growing in emerging countries
• It has been estimated that there will be nearly two billion VOD users by 2027 with user penetration to increase from this year’s 19 percent to 24 percent in 2027
• There is an estimated 200-plus streaming video services worldwide with the largest being Netflix, iQiyi, Disney+, Tencent Video, Amazon Prime Video, Viu and Hulu

Beyond going to movies and viewing content on their screen (smartphone, computer, TV); people have other things to do. People must work, go to school, study, take care of themselves and their families, eat, do household chores, shop, check their social media, do what Netflix Reed Hastings once said was his major competition — sleep — and you know, just kick back and unwind.

How totally inconsiderate. Don’t they realize the content industry has to make money? Lots of money.

Despite the lack of cooperation by the content consuming public:

• The U.S. movie industry is worth about $92 billion, according to IBISWorld
• The global TV market was valued at about $183 billion last year, according to Imarc, with growth in emerging countries — APAC, Africa — but decline in the Americas, Europe
• The VOD market is projected to reach nearly $95 billion this year, according to Statista, with an annual CAGR (compound annual growth rate) of nearly 11 percent through 2027 with an ARPU (average per user) of about $64.

The growth potential is what keeps tech organization, studio and content distributor bosses and CFOs pushing to get their unfair share of the market