PADEM Media Group is one of the world’s recognized voices* in the advanced streaming television and media category as an analyst and consultancy. Focusing on an established methodology to uncover new visions and tested accomplishments with inventors, scientists, technologists, engineers and producers to build out new offerings, operations and technical network innovations/solutions to connect devices and audiences by accelerating the advancement of media over IP delivered (web/broadband) based television/OTT/VOD, video streaming/VR, data intelligence/AI.

Operating at the intersection of where media meets technology PDM is focused on the world of multiple-platforms, screens and personalized program delivery and especially on where the next wave of IP video/TV engagement and data intelligence is headed.

Working with M&E world leaders PADEM excels in targeting, refining, acquiring and accelerating new or stalled market offerings to capture their audiences needs and tomorrow’s demands with one clear differentiator – actual market execution along with strategic partner identification and introduction.

Established in 2007, PADEM Media Group based in SF/Silicon Valley USA has worked with, and currently does work with, some of the world’s leading technology corporations, broadcasters, carriers, data platforms, MVPD’s – telecoms and media companies (see clients) across cultures worldwide.

One of the greatest challenges and compelling needs in todays IP digital media and entertainment technology landscape is to accurately identify where your product or offering fits in with new customers, then once known enhance and shape its benefits and performance towards accurately presenting and delivering it to those potential customers and partners, ie. in OTT, VaaS (Video as a Service), Data Intelligence, Meta-data refinement, Interactive Screen Navigation all towards New Television efficient audience engagement.

PADEM is all about being connected! Connected Devices; Connected Cars; Connected Viewers/Consumers…..we live and engage in a connected world and society being engaged and challenged every day culturally. The efficiencies that are required in delivering a seamless, invisible and unimpaired video and media experience both from a business perspective and technical are critical. Whatever aspect of the overall ecosystem your product and business participates in, PADEM works to understand, identify, integrate and drive new business models towards successfully engaging your current as well as expanded goals. VIDEO: PADEM’s McLennan along with Liberty Global’s Bob Greene Discuss the Connected Customer – EU Video Leadership Forum 2015 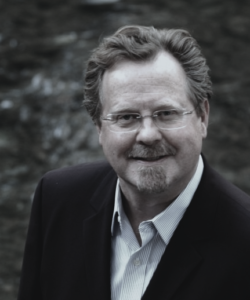 Allan McLennan is the Founder, Chief Executive and Global Market Technologist/Analyst of the PADEM Media Group. It has been written that Allan has been instrumental in the advancement and understanding of IP delivered content, connected devices and data intelligence worldwide, participating in the creation/innovation, deployment and acquisition of new consumer engagement products and media & entertainment offerings on 5 continents, in 17 countries and in over four and half billion households. Today through the PADEM Media Group he works in leadership and consulting roles with corporations developing, refining, marketing and deploying new IP delivered media engagement offerings, data economics and technology honed as corporate/entrepreneurial executive with in-depth experience gained through worldwide management leadership and consulting roles (e.g.; Ericsson, Siemens, Deluxe, Imagine, Microsoft, Rentrak, REAL, Net Insight, Disney, Toyota, LEXUS, McKinsey) exercising more than 25+ years of digital domain expertise and M&E services & platforms across the ecosystem from content creation, distribution to accurate audience engagement and consumption.

Allan has over seven firsts in the evolution of digital media along with five patents in advanced advertising. He has been recognized as one of the most broadly informed and connected people in IP media and entertainment technology worldwide, recognized by the UK based global research corporation Informa’s KNECT365 as one of the “Global Connected 100” and impactful voices from 2014 through today and into 2020. He is an active member of the Academy of Television Arts and Sciences (EMMY’S), Producers Guild of America and SMPTE.

McLennan speaks on related topics including cultural impact of new technologies worldwide and participates aggressively (as best he can) as a competitive master skier, sailor, mtn bicyclist, member of MENSA and as a hop-along runner in races near his home in the San Francisco bay area, and holds an MBA in International Strategy / (Behavior) Economics.

Prior to founding PADEM, McLennan was the founding president of Rentrak corporation’s (NASDAQ: RENT) AMI/Advanced Media and Information Division, a leading intelligence provider of media engagement and usage for the entertainment and television industries worldwide. Among his other engagements in addition to the above Irdeto/NASPERS, SAMSUNG, COMCAST, Edgeware, Universal, Bit Torrentand AMC/DMC throughout the EU.

All told, he has been in the forefront of media and entertainment technology even during college years when he brought forth Sierra on-line games, Digital Micro Systems, worked on the Apple 2C launch, strategist on the global launch of LEXUS Automobiles, Ziff Davis/NYC publishing incubating technical magazines, as well as receiving a NIST grant in AI Bot development.