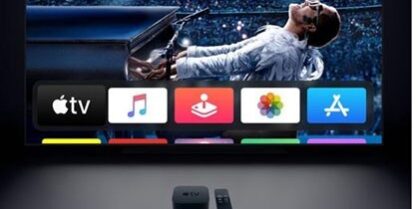 Nearly 60 percent of Netflix customers (about 83M households), watch kid and family content which is why the company invested heavily in show-runners, producers and creative folks from DreamWorks Animation and other studios around Hollywood.

To help kids forget about Moana (fortunately, they have a short attention span) they unleashed Klaus, Kid Cosmic, Ghee Happy and a pipeline of content for the younger audience.

With a major focus on international growth, animation will play a key role in capturing new customers in the 192 countries where Netflix has a presence.

Ted Sandos, Netflix’s chief content officer, has noted that the complete family fare is important because shows for children help the company build trust in the firm’s content which, in turn, builds habits as well as long-term subscriptions and localized recommendations to other parents.

Sandos is optimistic that new animated series like The Boss Baby: Back in Business and preschool show The Mighty Little Bheem will produce significant international growth.

It’s an approach that has been proven very successful for Disney, which offers access to more than 500 titles like Sleeping Beauty and Moana as well as a growing roster of kid-friendly movies and series.

Disney+ is placing special emphasis on family content, with nothing higher than a 13-years age rating.