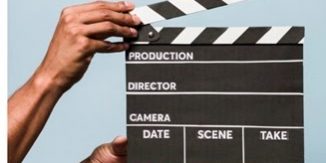 Sure, we watched Outbreak and Contagion last year, but no one really took this whole pandemic thing serious until mid-to-late March when Tom Hanks announced he and his wife, Rita Wilson, tested positive for COVID-19 while he was in Australia filming an Elvis Presley biopic.

At about the same time, folks around the globe were sent home to work, wherever and however.

With the exception of reality and late-night TV, entertainment production was in a deep freeze … paralyzed.

According to Statista, an estimated 1M M&E workers were suddenly out of work.

The coronavirus pandemic crippled production around the world and it started to feel like it was maybe going to be forever.

Business slowed to interacting on a Zoom screen, wreaking havoc on film and TV production schedules.

Clean Slate – The pandemic forced the shutdown of video creation around the world but as some countries got things rapidly under control and implemented detailed safety guidelines, producers and content owners began looking for “new” options.

In addition to being eager to get project production back on track, the industry’s forced hiatus gave it an opportunity to step back and review its methods/processes and the cost of production which has ballooned in recent years.

While film production was cautiously beginning to see a thaw abroad, the US continued to be in a deep fog.

The lack of a U.S.-wide policy/program on how to address the virus, contain it, provide adequate testing, integrate national safety/health guidelines or implementation mandates due to there being only a glimmer of a vaccine put the industry between a rock and a hard place.