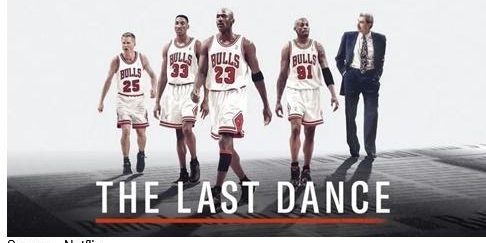 Without in-person sports attendance, online viewing has been off for football, basketball, baseball, tennis, hockey … well, you get the point.

It just didn’t have the same excitement.

But when the word got out that unreleased episodes of the Netflix-ESPN The Last Dance highlighting the Michael Jordan era with the Chicago Bulls, free stuff sports fans couldn’t get online fast enough.

Allan McLennan, chief executive of PADEM Media Group explained, “A number of marketing ‘professionals’ around the country have attempted to legitimize video pirating by claiming its really part of the studio’s marketing budget. We not only disagree, we feel these – and other – educators should be disturbed with the fact that sadly, in many ways, people are getting comfortable with piracy.

“Pirates carry out their activities for a variety of reasons, such as financial, malicious, fame-seeking etc.,” he continued. “It has become so professional in its representation that it’s hard to tell if it’s not a real offering, so many ‘subscribers’ don’t know they’re watching pirated content. Then, there are those who gravitate to that content – and others who condone it – that unfortunately reinforced the idea that content theft is somewhat okay.”